“What a Brilliant Idea!” Selected by the Victoria State Government for State Schools And Libraries

The Victoria State Government of Australia has selected “What a Brilliant Idea!” (originally published in Persian under the title “!چه فکر خوبی”), written and illustrated by Narjes Mohammadi, to be introduced to children in state schools as a part of the non-English curriculum. This title, among other Persian titles, has been presented to the Victoria State Government by Iwan Bookshop, following the requests of Victoria’s Persian-speaking community.

TUTI Books is proud to have been able to open a window into Iranian literature and language through producing quality books. The translation rights of “What a Brilliant Idea!” have been previously sold in Chinese, Greek, Spanish, and Turkish languages. 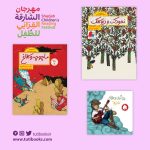